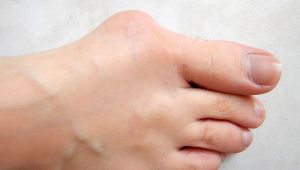 A bunion is a change to the shape of the big toe joint where the toe drifts sideways often taking the space of the next toe. The medical name for bunions is Hallux Valgus.

Due to changes in the joint and surrounding soft tissues this deformity cannot be permanently corrected without surgery.

What are the symptoms?

The symptoms of a bunion include:

What causes a bunion?

In some cases it can be due to other joint problems such as Arthritis, particularly rheumatoid arthritis.

A tendency to develop bunions can run in families. However, with simple measures, you can negate this predisposition, slow down the progression of bunions and relieve symptoms.

Wearing shoes which are the wrong style or shape, that have thin, flat soles with a narrow toe box places extra pressure on the toes, causing friction over prominent areas.

How to treat a bunion

None of these treatments will cure a bunion but they are likely to reduce secondary problems such as pain, crowding of your toes, further deformity or breakdown of your skin due to shoe pressure.

If you have persistent redness, heat, pain and swelling that cannot be explained by increased activity or rubbing from footwear please seek medical advice. 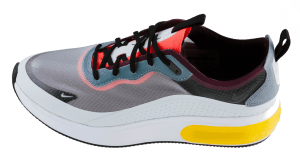 The most important change you can make is to wear shoes that fit well.

If you can easily straighten your big toe without causing pain you will most likely benefit from a silicone or gel toe spacer.

If you choose to use a spacer, build up the use gradually over a week and stop using it if you have new pain. 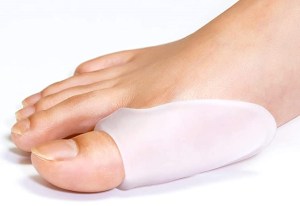 Where you cannot straighten your big toe joint bunion protectors maybe more suitable. Whilst not corrective, they can manage pain associated with pressure created by footwear. This is especially helpful if having to use protective work footwear.

Please note that if you have poor circulation you should check with a Podiatrist before using a bunion protector, and they should not be worn for periods longer than 20 minutes. 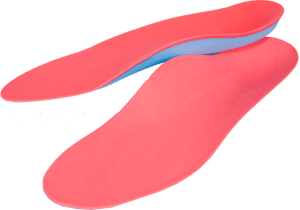 If your feet roll inwards insoles may be helpful to support your foot. Your podiatrist may recommend or provide you with insoles. You should always build up the use of new insoles gradually over a week and stop using them if you have any new pain.

If you are overweight it is really important to reduce your weight to a healthy level. This will reduce the amount of pressure on your feet thereby reducing pain and further deformity.

Click here for helpful videos, resources and links, to help you choose how to lose weight and make healthy choices.

Please discuss the appropriate type of pain relief for you with your pharmacist or GP.

Also in this section

If you have a problem which does not improve as you would expect with self-care, you should contact a healthcare professional for advice. This may be your GP, Pharmacist, NHS Podiatry Service or a Private Podiatrist.

Please make sure your podiatrist is registered with the Health and Care Professions Council and look out for the letters HCPC after their name.

This website uses cookies to improve your experience while you navigate through the website. Out of these cookies, the cookies that are categorized as necessary are stored on your browser as they are essential for the working of basic functionalities of the website. We also use third-party cookies that help us analyze and understand how you use this website. These cookies will be stored in your browser only with your consent. You also have the option to opt-out of these cookies. But opting out of some of these cookies may have an effect on your browsing experience.
Necessary Always Enabled
Necessary cookies are absolutely essential for the website to function properly. This category only includes cookies that ensures basic functionalities and security features of the website. These cookies do not store any personal information.
Non-necessary
Any cookies that may not be particularly necessary for the website to function and is used specifically to collect user personal data via analytics, ads, other embedded contents are termed as non-necessary cookies. It is mandatory to procure user consent prior to running these cookies on your website.
SAVE & ACCEPT

Help us improve Keeping Me Well!

We’re currently working to improve the Keeping Me Well website. If you’d like to help us make this site a better, more helpful experience for you, please take a few minutes to let us know what improvements you’d like to see.